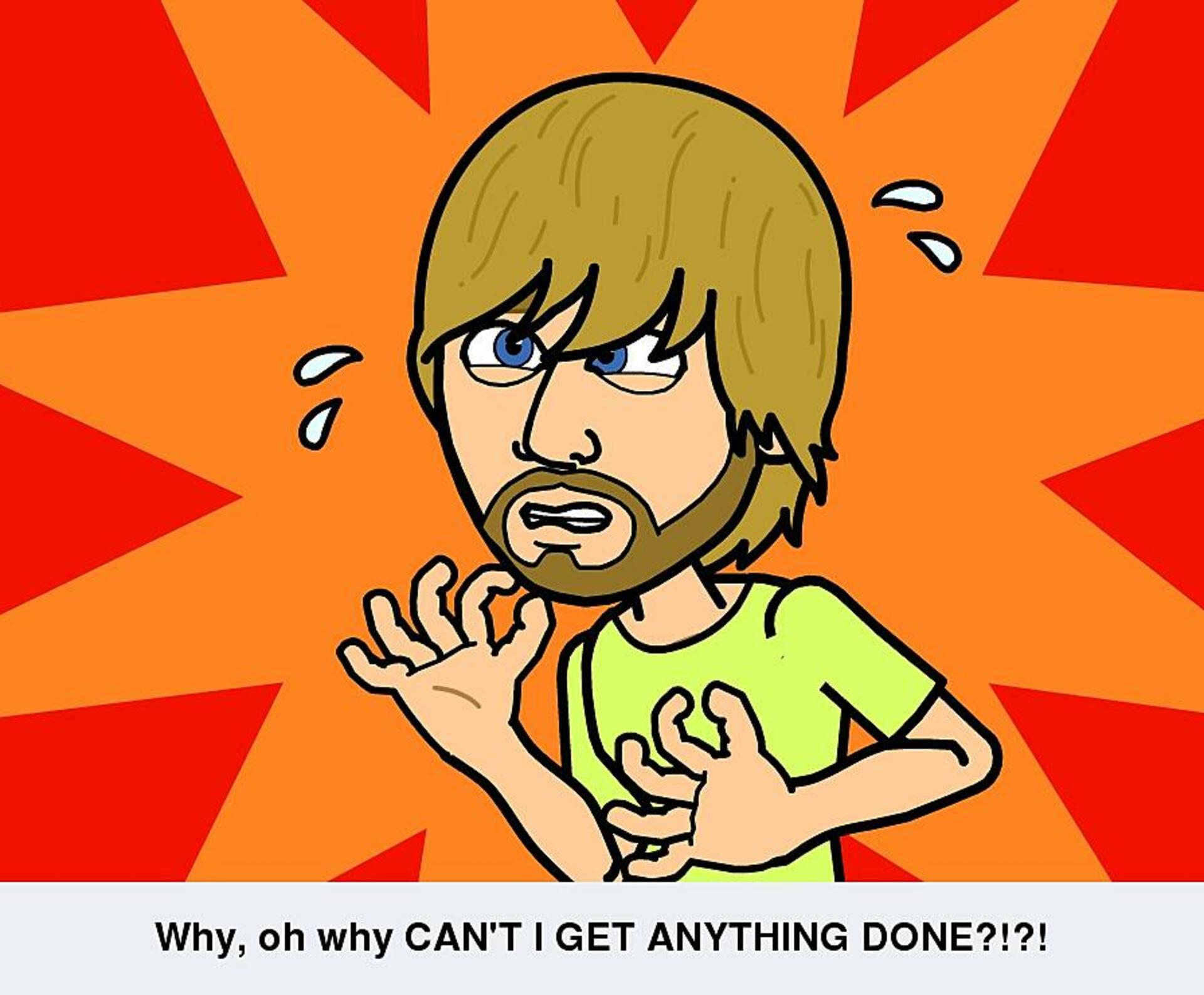 If you don’t like hopping into the middle of things please go read part 1 first. Don’t worry, I’ll wait. If you don’t care about structure, feel free to read on.

You now know a little bit more about being productive, including the best ways to be productive.

But, how do you maintain that productivity?

The art of being able to do work, even if all you want to do is eat cookies and watch Netflix. Here’s the problem: It’s easy to get motivated.

Maybe you stay productive for a day or two, but what happens after that?

You go back to the same old, non-disciplined way of doing work.

The way that sucks.

Well, the way that sucks will no longer exist in your mind after today.
First, a quick study (or two)…
Dan Ariely did a study in which he found that college students performed better and more consistently when they had deadlines for themselves, as opposed to those who didn’t.

In another study involving people and their diets, showed that people who were tracking their progress were able to have a lot more self-control when it came to their diets.

Personally, my favorite way of tracking my progress is with a method I learned from Gregory Ciotti over at Sparring Mind.

It’ll keep track of what you’ve done during your 90 minute work sessions.

It's super easy to make, all you have to do is get a piece of paper and put a line down the center. The first column is the time you worked. The second column is what you did during that time.

Write everything down even if it was “Scrolled through Twitter timeline.” But remember not to include the break times. I usually fill it out and add my next time at the end of the session.

Here’s why this simple method works: The work you’ve actually accomplished is right in front of your face instead of in your head.

We all know what we think we accomplished could be wildly inaccurate compared to what we’ve actually done.

Plus, it sucks to see that you’ve wasted a bunch of your time on Twitter.

Throw your idea of multitasking right out the window

Doing multiple things at a time, aka multitasking, seems like a great idea, yeah?

I'll wipe the smile off of my face. It’s a terrible idea.

Zhen Wang did a study that showed that multitaskers were not as productive as non-multitaskers, yet felt satisfied with what they had accomplished.

It’s been proven that your brain does not switch between tasks easily.

Instead of maintaining flow, your brain takes time to recognize your new/old environment.

Meaning you’ll have to take time to relearn the information you forgot. This is especially terrible when you’re switching back and forth between tasks.

This is why in The Four Hour Workweek Tim Ferriss tells you to only check email once or twice a day. Switching back and forth to answer an email every time it comes in will make you suffer from multitasking.

There is one positive though.

Researchers Kelvin Lui and Alan Wong at the Chinese University of Hong Kong found out that multitaskers are better at integrating information.

Probably not worth it though.

Now how do you prevent multitasking?

Plan priorities instead of multitasking. And do it at night!

I got the idea from Ryan Holiday to plan the next day before you go to sleep at night.

I use Evernote to make a simple to-do list with 5 things I want to do the next day.

Then, even before I start working, I know exactly what I need to accomplish that day.

And when I sit down to work I can immediately get started instead of hemming and hawing over what I want to do.

Be extremely specific because humans are horrible at “winging it”.

I’ve found this to be true about myself.

When I was dumb, I’d write something like “Research app”.

That could be a billion things!

The new, smart me would write something like “Research how to deploy an app on the app store.”

Why plan the next day at night?

The Kellogg School of Management at Northwestern did some research in which they found that we completely miscalculate the amount of focus we will be able to maintain in the future.

Meaning we think we’re going to get up and plan our day, but brush it off, or “wing it”.

And that leads us right back into multitasking and being unproductive.

Yup, but you already know what you need to know about being more productive.

Part 3 is going to be a little bit more fun.

What music should you listen to to be more productive?

Does music even affect productivity?

I guess you’ll have to find out by reading the art of productivity part 3.
Share
Find more in...
Psychology
Life Hacks
Productivity Tips
Motivation
Productivity
More From psychologyborn