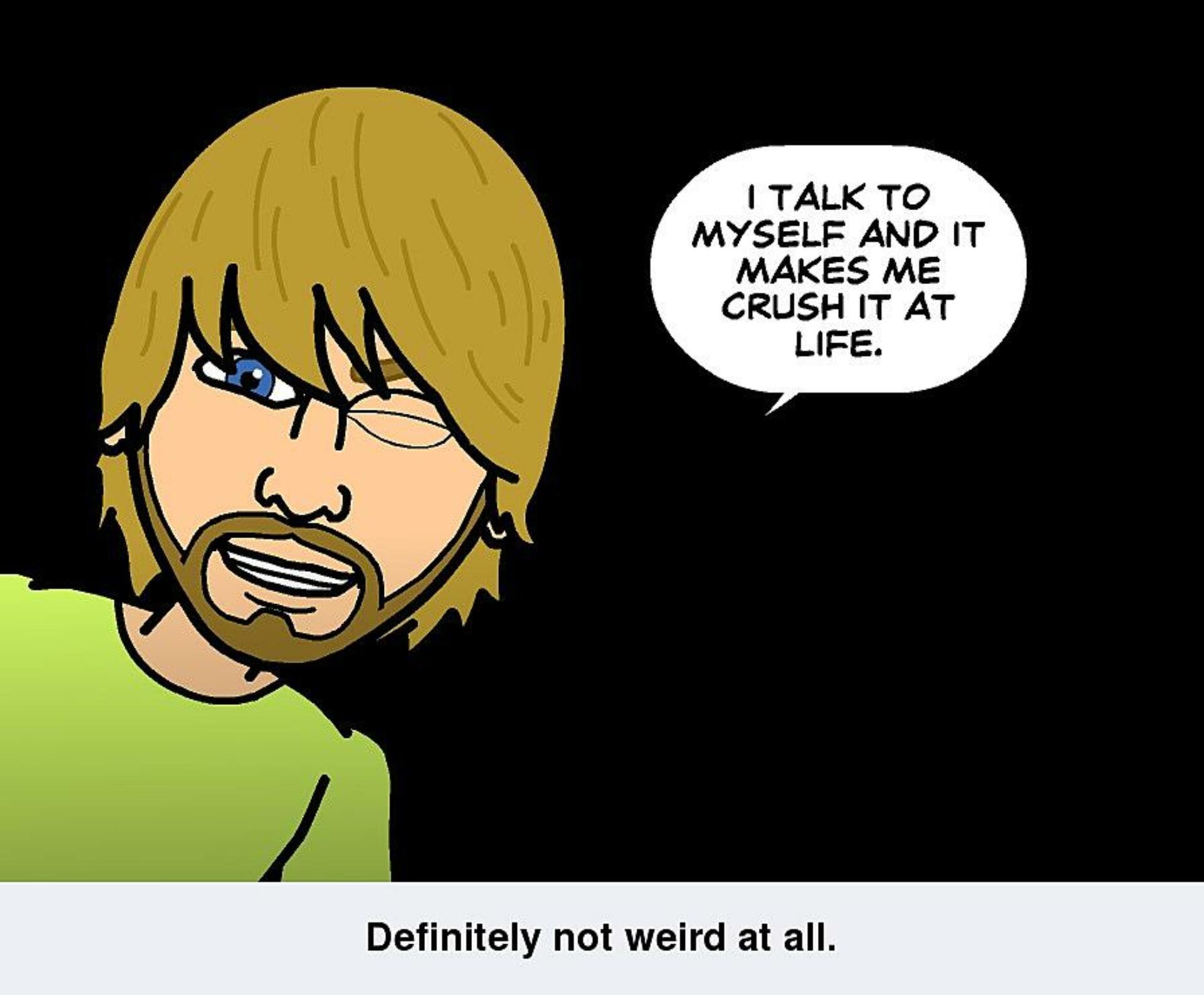 Of course I listened to my mom. I always listen to my mom!

And I would get pumped myself after telling myself “I can do it.”

But that feeling went away shortly.

You’re much better off not saying “I can do this” but saying “Can I do this?”

Think Bob the Builder – Can we fix it?

Affirmative self-talk (I can do this.) elicits a passive response. One in which is gone a few seconds after you’ve said it.

But, interrogative self-talk (Can I do this?) elicits an active response. You have to respond to your question.

Let’s say I’m going to ask my boss for a raise.

“Well, why can I do this?” “Because I’ve worked hard, I’m here every day, and go above my boss’s expectations.”

By asking yourself questions before going into something important you are preparing yourself to do a better job.

This is because you’re exploring your options.

You begin giving yourself the tactics and tools to do better.

Now, you can’t just ask yourself “Can I do this?” and answer with “Yes, I can do this” because that’s just another affirmation.

You have to have a reason. The word “because” is key.

Time to back this up with some science

The task was to solve anagrams; for example, rearranging the letters in “sauce” to spell “cause”.

They further tested the theory that interrogative self-talk was better with an additional group.

“We told participants that we were interested in people’s handwriting practices. With this pretence, participants were given a sheet of paper to write down 20 times one of the following word pairs: Will I, I will, I, or Will. Then they were asked to work on a series of 10 anagrams in the same way participants in Experiment One did.”

Again interrogative self-talk came out on top with the people that wrote “Will I” solving nearly twice as many anagrams as the people in the other groups.

What does this mean for you?

Next time you’re faced with a tough situation sprinkle a little interrogative self-talk in there! See how much it helps.

Do you have a friend that could learn something from this post? If so, definitely take a second to share it with them. They’ll thank you.

Also, leave me a comment. I read each and every single one and I’ll pop in and respond to them!
Share
More From psychologyborn