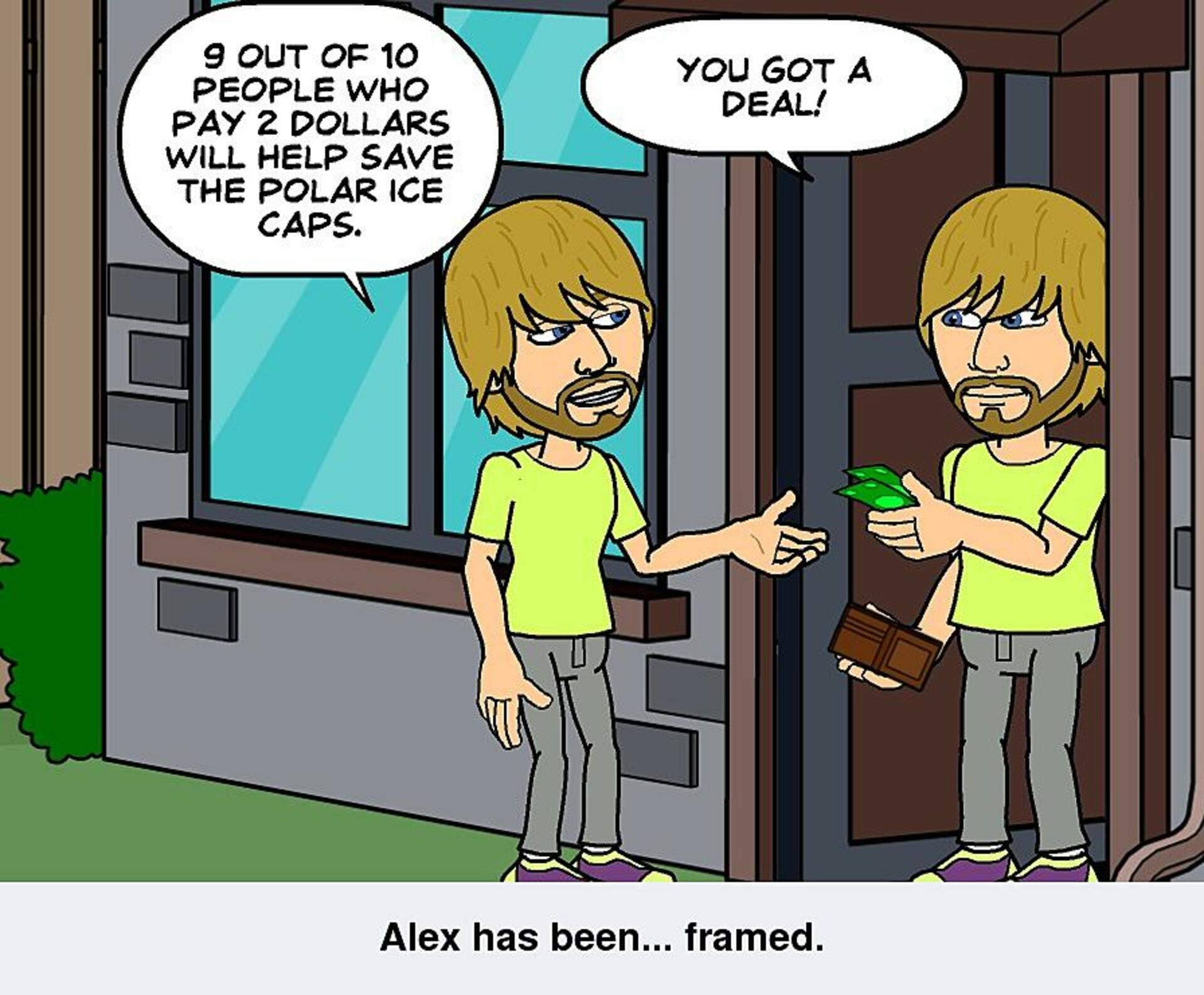 I use persuasion in countless situations. At work, home, my social life.

By improving your persuasion skill you can increase your chances at achieving your goals.

But it doesn’t stop there.

By learning the tricks of persuasion you can see when they are being used on you.

Framing is an influence over an individual’s perception of meanings of words or phrases.

For example, politicians in the abortion debate use the word “pro” in their positions: pro-choice, pro-life. The reason is because “pro” emotionally sounds a lot better to us than “anti”.

Tversky and Kahneman (1981) conducted an experiment that shows how framing can be an influence to us. I will simplify this experiment.

The U.S. is preparing for a disease that is expected to infect and kill 600 people, but there are programs to combat the disease. It is written like this:

They are both identical, but when the programs were presented in terms of lives saved, people preferred that program, A, over the negative alternative, C.

93% of PhD students registered early when a penalty fee for late registration was emphasized, with only 67% doing so when this was presented as a discount for earlier registration.

As you can see framing is very strong bias in decision making.

The media use framing all the time when deciding on titles for news articles.

The key to framing is to select a phrase of words – positive, negative, or neutral – in the minds of your target audience. This will help steer their decision to favor your goal.

Mirroring. Get your copy on.

Mirroring is very common amongst close friends and couples. I guarantee you’ve done this before without realizing it because it’s a natural quality that human beings have.

Simply put, mirroring is the behavior in which someone copies another person.

Think about the last conversation you had with someone. You probably smile along with them, or frown when they frown. Mirroring!

Here’s how mirroring works in the subconscious:

By mimicking someone’s body language or their choice of words, you create a sense of empathy.

Of course, they are completely unaware of this because it works in the subconscious.

By creating a sense of empathy, you are forming an emotional bond with the person increasing your chances of persuading them.

The waiter or waitress will get a bigger tip.

This is because it shows that you’re actually paying attention to them, which people like. Plus, you’re more likely to get the order right.

What NOT to do:

You don’t want to make it completely obvious that you are mirroring them because too much mirroring is actually a bad thing.

Make sure you leave between 2 and 4 seconds before you copy their movement.

Peggy Sparrenberg states that you don’t have to move the same body part, just the same limb.

Use these two techniques next time you find yourself in a position where you need to persuade someone.

Do you have a friend or someone you think would be interested in this research?

If so, take a second to share it on your favorite social media network or send it directly to them. They’ll know you care.

And don’t forget to enter your email below to get these articles sent right to your inbox… for free!
Share
Find more in...
Psychology
Persuasion
Life Hacks
Self Improvement
More From psychologyborn