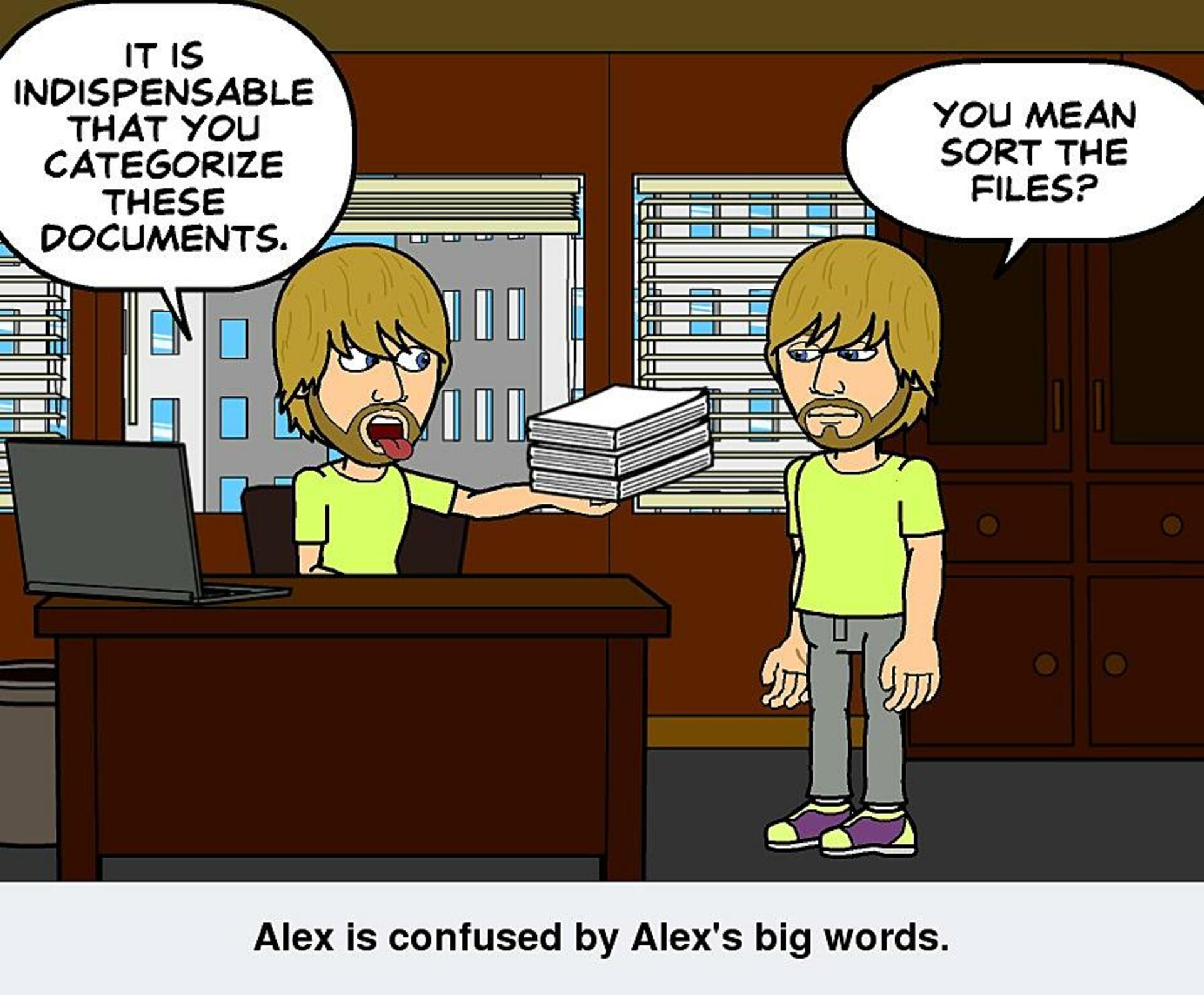 How can using big words possibly make you look dumb?

And I’m not talking about using them in the wrong way.

Research out of Princeton shows that even if you use big words the right way people won’t think you’re any smarter than someone who uses small words.

Why would you use big words when small words are easier for people to understand and mean the same thing?

Like when people use the word ‘utilize’ instead of ‘use’.

That’s just a pet peeve of mine, but let’s get into the seriousness.

The original essay, the one free of big words, was given the highest rating and the most complex, the one with all the big words, ended up with the lowest rating.

In the second experiment they took papers written in another language and translated them to English. Similar to the admission essay experiment, one of the translations was very simple and one was more complex.

For the last experiment they pulled the first 144 words of research and created two passages from it. The first passage was the original text. For the second passage, they went through and replaced any 9 or more letter word with its second shortest entry in the Microsoft Word Thesaurus. Then they let people read them.

The curse of knowledge

Blah, blah, blah. Those fancy words just mean that it’s hard for someone who knows something to think about not knowing it and just as hard for them to imagine someone else not knowing it.

Often when an expert in a subject is trying to explain something to you they suffer from the curse of knowledge.

This recently happened to me at an attorney’s office. He was using legal mumbo-jumbo that was making my brain sick. I left his office even more confused than when I went it.

He should have “explained this to me like I’m five.”

Be careful with the curse of knowledge in your everyday life.

Sometimes simple is the way to go

My manager sent me an email at work that trying to read was like trying to solve a Rubik’s cube blindfolded.

Seriously, it took me 15 minutes to figure out what this block of text meant.

Come to find out it basically was telling us that we had a ton of extra work come from our client and the company was going to hire a few people.

That sentence above would have taken care of the entire email. How long did that take you to read?

Here’s the thing. I’m actually in the industry and she still lost me.

Her combination of mumbo-jumbo and big vocabulary words did make her look like a badass (to me at least), but it completely lost me and the 75 people who also got the email, and completely ignored it.

If that email would have been important, something definitely would have gone wrong with all those people confused and ignoring it.

Good thing it was meaningless.

Now what do you do?

Have you ever been in a situation where someone is trying to explain something to your and it goes right over your head? What do you think about using big words? Leave a comment below.

If someone you know uses big words and you find it super annoying please feel free to share this with them.

And if you like what you read here make sure to put your email in any of the signup forms you see all around the site.
Share
Find more in...
Psychology
Life Hacks
Motivation
Productivity
More From psychologyborn