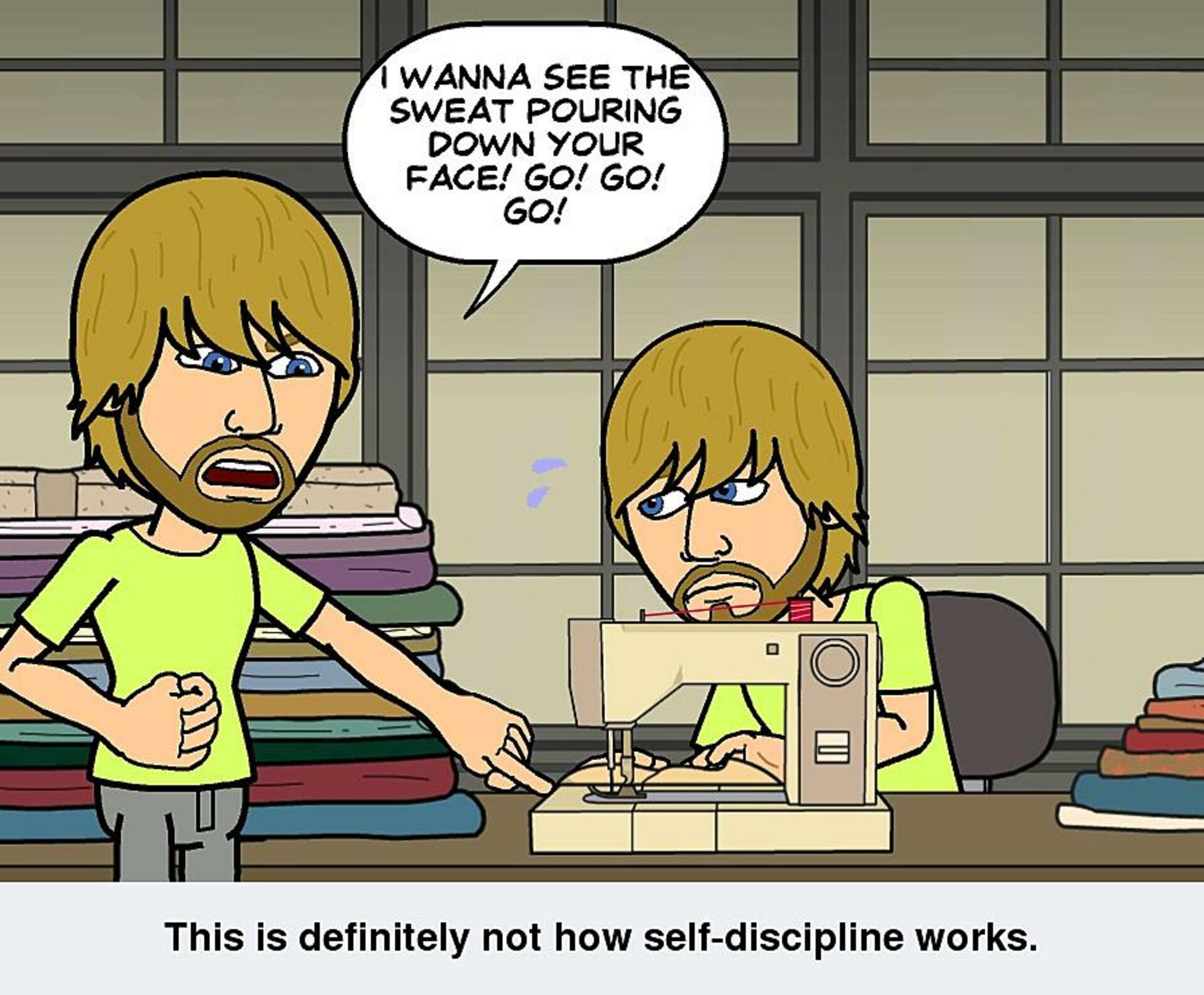 It means more time to do something you really love! (unless you love work… gross)

There are right ways to go about being productive.

There are the wrong ways to go about being productive.

I’m here to block those wrong ways from ever coming into your court, and set you up to spike productivity right into your opponent’s face.

Sorry, I just came back from volleyball.

You’re crazy if you think your willpower is enough

That’s right, your willpower is not enough to keep you productive.

In fact, willpower is “expendable” and we can actually run out.

Research by Janet Polivy suggests that our brain is scared of big projects and fails long-term goals because we give up after something goes wrong.

Our willpower sinks and our brains become quitters.

Not only that, but the hardest part is getting started.

Our brain visualizes the hardest parts of the project and procrastinates by doing “productive” tasks like going on Facebook, checking email, or building stuff out of Legos. You can take advantage of that, though.

Seems like it’s impossible to get anything done, doesn’t it?

It’s time to steal the habits of productive people

Then they spend less time doing busy work and more time focusing on the hardest tasks.

A loose example: I used to play Guitar Hero with my friends. We all got the game around the same time. In just a few weeks I was already passing songs left and right on expert while they were all still stuck on medium. They thought I played the game 24/7 until I saw them again, but I only played for an hour per day.

There’s a song on the game by Dragonforce called “Through the Fire and Flames”. It was nearly impossible to beat. It’s also ~7 minutes of constant fast-pace playing.

Since I’d fail it within 10 seconds I’d play on practice mode. I’d just play this one song over and over and watch my hit percentage go from less than 30 to over 70 in just a few weeks.

After that, I could easily hit all the notes in less difficult songs and pass even the harder ones.

Now I am an expert guitar master and tour the world with my world class band inside of the TV. Just kidding.

How do we get over this?

What you’re doing wrong with your productivity

You need to manage your energy levels better.

Most people evenly spread their productive output throughout the work day.

Instead of being productive they go back to doing busywork.

Instead, you should be giving it your all for a brief period followed by a short break.

How long do you have to work and how long should you take breaks?

Research by Peretz Lavie shows that being productive for 90 minute sessions should be followed up by 15-20 minute breaks.

His study shows that this aligns with our natural energy cycle and increases our focus throughout the day.

You are more productive in the above method in 110 minute sessions than you would be if you worked straight through the entire 110 minutes.

That’s because our brain works better when it knows a break is coming up.

Now, instead of doing busy work for the entire day you’ll be more inclined to jump into the more difficult stuff.
That’s just a productivity tip.

How do I maintain productivity for more than one day?

You keep yourself disciplined and maintain these habits.

That will be covered in part 2 of the art of productivity.

For now I want you to share this with someone who is having a hard time being productive.
Share
Find more in...
Psychology
Life Hacks
Productivity Tips
Motivation
Productivity
More From psychologyborn