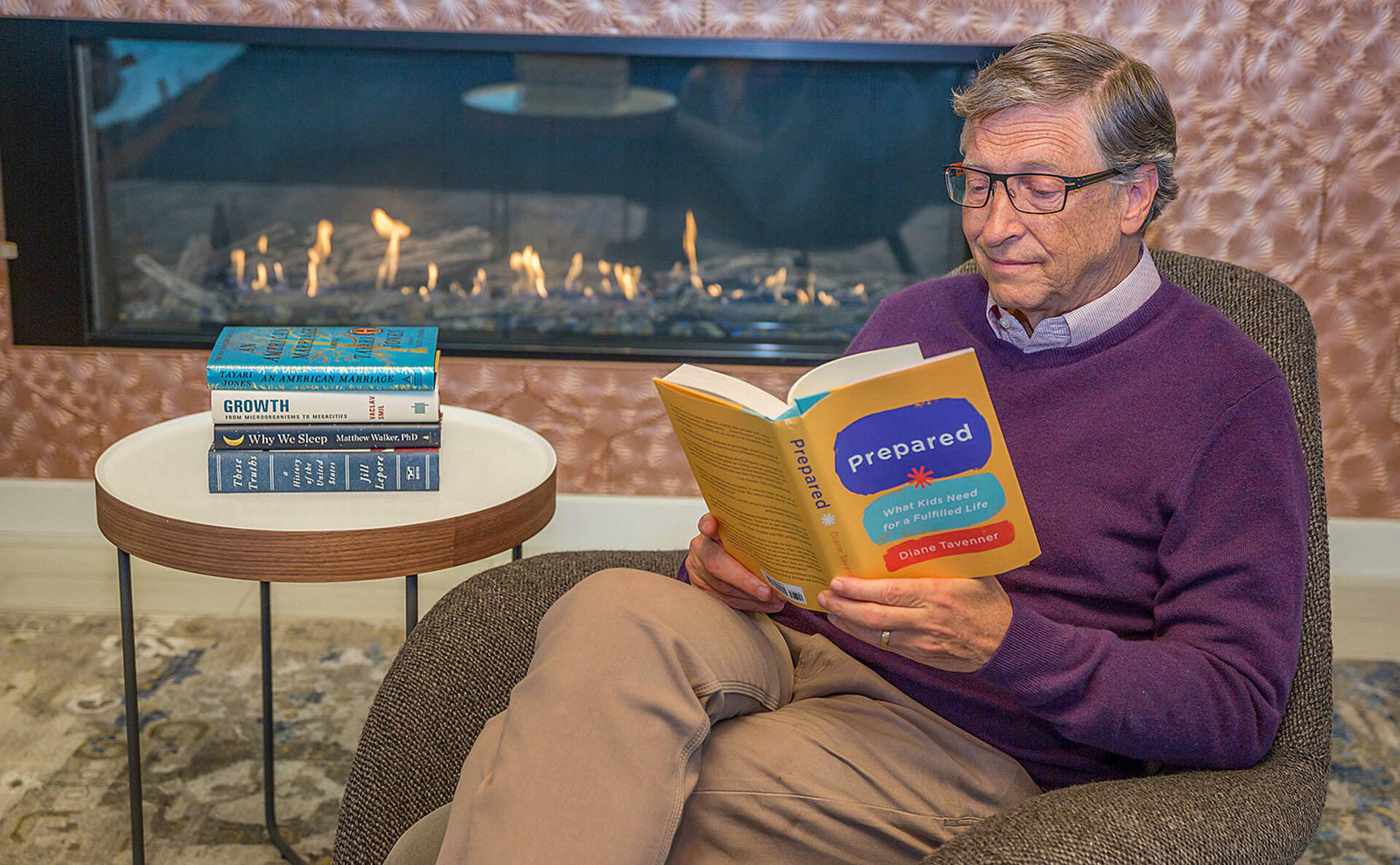 Who is Bill Gates?

Bill Gates is an American business tycoon and philanthropist. He is known most as the co-founder of Microsoft, one of the largest technology companies in the world, with Paul Allen.

How much does Bill Gates read?

Bill Gates loves to read. He’s said to read about 50 books per year, which is roughly one per week.

Bill Gates has said that his favorite book genre is nonfiction. In one of his blog posts, he says that reading is his favorite way to learn about something new.

Book One: The Choice by Dr. Edith Eva Eger

What is The Choice about?

The Choice is about Dr. Edith Eva Eger’s experience in Auschwitz at the age of sixteen. Her parents were killed and she was forced to dance for her life as amusement. She was later pulled from a pile of corpses by American Troops.

At first, she felt guilty about surviving while her friends and family did not. About thirty-five years after the war had ended, Dr. Eger went back to Auschwitz to heal and forgive herself.

In her book, she talks about her personal experience and how we can heal as well. She wants to provide hope and comfort to people who have experienced trauma.

Book Two: The Ride of a Lifetime by Bob Iger

What is The Ride of a Lifetime about?

The Ride of a Lifetime is by Bob Iger, the CEO of The Walt Disney Company from 2005 to 2020, who took over the company with three concepts: quality matters, embrace technology, and think bigger.

In 2020, we can look back and see that his principles helped Disney become the largest, most admired media company in the world, with its value being five times higher than when Bob Iger took over.

In The Ride of a Lifetime, Bob Iger shares what skills he thinks makes a great leader in business; skills like optimism, fairness, courage, decisiveness, and more.

Iger has since stepped down as CEO of Disney, and plans to fully retire from the company in 2021.

With his book, he wants to help people be less fearful and more confident in their professional, and even personal lives.

Why does Bill Gates recommend The Ride of a Lifetime?

Bill Gates recommends The Ride of a Lifetime because he thinks that anyone, not just CEOs, is able to enjoy the stories that Bob Iger has to share.

He thinks that Iger does a great job at explaining what it’s like to be the CEO of a large company. In the book, Iger writes, “You go from plotting growth strategy with investors, to looking at the design of a giant new theme-park attraction with Imagineers, to giving notes on the rough cut of a film, to discussing security measures and board governance and ticket pricing and pay scale... there are also, always, crises and failures for which you can never be fully prepared.”

One of Bill Gates’ favorite parts of The Ride of a Lifetime is when Bob Iger goes to acquire Pixar from Apple co-founder Steve Jobs, who just minutes before announcing the merger of Disney and Pixar, tells Iger that his cancer has spread to his liver.

Bill Gates even enjoyed Bob Iger’s “lessons to lead by.” He states that normally he doesn’t enjoy these types of lists, but this one was “quite perceptive.”

What is The Great Influenza about?

The Great Influenza is about history’s most lethal influenza virus, which killed more people in twenty-four months than AIDS killed in twenty-four years.

The Great Influenza goes hand-in-hand with what humanity is dealing with now, the coronavirus and 2020 pandemic. What can we learn from the 1918 Flu Epidemic and what can we apply to today’s pandemic?

One thing John M. Barry points out, "The final lesson of 1918, a simple one yet one most difficult to execute, is that...those in authority must retain the public's trust. The way to do that is to distort nothing, to put the best face on nothing, to try to manipulate no one. Lincoln said that first, and best. A leader must make whatever horror exists concrete. Only then will people be able to break it apart."

Why does Bill Gates recommend The Great Influenza?

Bill Gates recommends The Great Influenza because he says it “will teach you almost everything you need to know about one of the deadliest outbreaks in human history.”

He also thinks it’s a great historical comparison for today’s pandemic. Just like today, people isolated themselves at home, streets were empty, and industries shut down. Just like today, doctors and nurses were considered the heroes.

Bill Gates considers the biggest lesson from the The Great Influenza is that leadership matters. He uses St. Louis and Philadelphia as examples. St. Louis responded quickly and saved lives, while Philadelphia ignored the advice of experts and many people died. It’s almost near identical to what’s happening around the United States today.

Another lesson he takes from the book is that the truth matters. America’s leaders in 1918 sugarcoated the bad news to avoid panicking the public. When people started to see other people dying from the flu, they started to distrust the government.

The third lesson he takes away from the book is that philanthropy is important. Gift from people like John D. Rockefeller and Johns Hopkins helped propel science and medicine forward in a way that gave our country hundreds of thousands of well-trained professionals. Professionals that could help treat the disease. 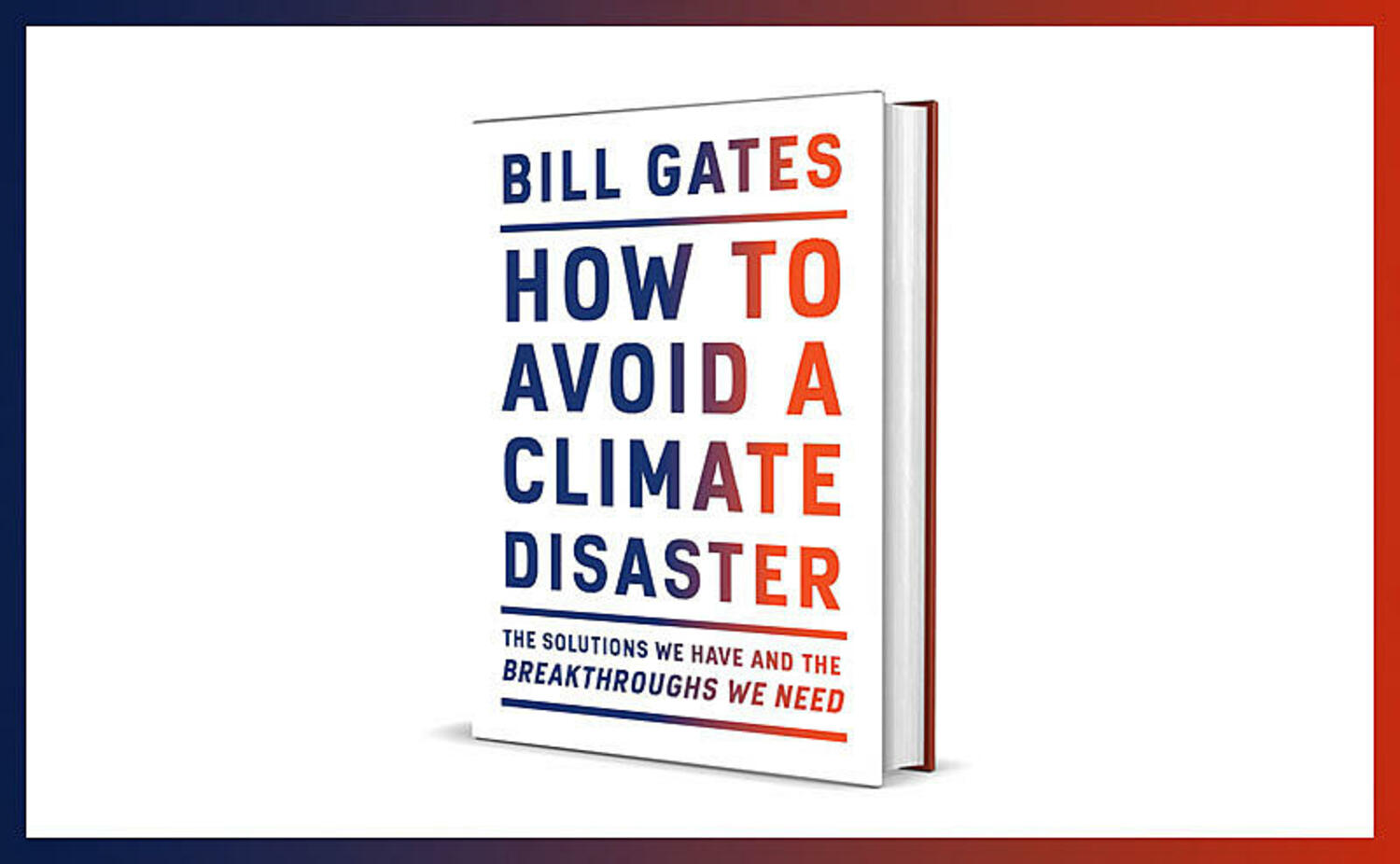 Bill Gates Book Plug: How to Avoid a Climate Disaster

In his book, Bill Gates shares what he has learned in over a decade of studying climate change and investing in innovations to address climate problems.

Even though this book isn’t going to be published until February 12th, 2021, I think it’s important to start sharing it around, especially when the topic is climate change.

We can never be short on the education of climate change since it affects every single human being on this planet.

Bill Gates does a lot of reading, so recommendations from him should be held highly. Remember, he reads about 50 books per year!

Here’s the list of Bill Gates’ book recommendations with links to Amazon:

The Choice by Dr. Edith Eva Eger
The Ride of a Lifetime by Bob Iger
The Great Influenza by John M. Barry

How to Avoid a Climate Disaster by Bill Gates

Emma Watson: Most Recommended Books
6 minute read | 01.28.2021
Emma Watson is mostly known for being an actress, playing Hermoine Granger in the Harry Potter series of movies. She is an avid reader who started and operates her own book club. What books does Emma Watson recommend?
Read more

Barack Obama: Most Recommended Books
6 minute read | 01.28.2021
Barack Obama is was the 44th, and first African-American, president of the United States from 2009 until 2017. Barack Obama is regarded as one of the best American presidents in history. What books does Barack Obama recommend?
Read more

Taylor Swift: Most Recommended Books
3 minute read | 01.28.2021
Taylor Swift is a famous singer-songwriter who writes songs that center around her personal life. She's also a lover of reading and writing. What books does Taylor Swift recommend?
Read more

Kevin Durant: Most Recommended Books
3 minute read | 01.27.2021
Kevin Durant is an NBA basketball player for the Brooklyn Nets. He is one of the best players in the league, but did you also know that he is a daily reader? What books does Kevin Durant recommend?
Read more
See All Posts