Who is Barack Obama?

Barack Obama is known for being the 44th, and first African-American, president of the United States from 2009 until 2017.

Before he was elected President, Barack Obama graduated from Columbia University and Harvard Law School, where he was the first African-American president of the Harvard Law Review, a student-led law review.

Afterwards, he became a civil rights attorney and taught law at the University of Chicago.

He entered politics by starting in the Illinois State Senate. He served from 1997-2004, when he became a United States Senator for Illinois. In 2008, he, and his vice-president, Joe Biden, won the election for president of the United States against John McCain and Sarah Palin, and again in 2012 against Mitt Romney and Paul Ryan.

During his two-term presidency, he introduced the Affordable Care Act, ended military involvement in Iraq, eliminated Osama bin Laden, legalized same-sex marriage, signed the Paris Agreement, and opened up Cuba to citizens of the United States.

Barack Obama is regarded as one of the best American presidents in history.

How much does Barack Obama read?

While he was president, Barack Obama would spend about an hour late at night reading in, what Michelle Obama would call, his “Hole.”

Before that, he was a daily reader, sometimes reading multiple books at one time. I think it’s safe to say that Barack Obama is an avid reader.

Barack Obama doesn’t seem to have a favorite genre when it comes to reading books. Most of his favorite books are in a wide variety. Some are fiction novels, some self-help books, some sports books, some history, biography, etc…

The man just loves to read.

Book One: Song of Solomon by Toni Morrison

What is Song of Solomon about?

Song of Solomon was written in 1977, and is author, Toni Morrison’s third novel. It follows Macon "Milkman" Dead III, who is an African-American man that lives in Michigan. The novel follows his life from birth to adulthood.

The theme around Song of Solomon is the search for identity, specifically African-American identity. Toni Morrison makes mention that ties to one's community and ancestral past are the keys to a person’s identity.

The book also aims to question the relationship of African Americans amongst themselves and white Americans, both as individuals and as a community.

Following Milkman throughout the novel, we see him try to become independent, gain self-realization, and to find out who he is as a person.

In 1978, Morrison won the National Book Critics Circle Award for Fiction for Song of Solomon.

Why does Barack Obama recommend Song of Solomon?

Barack Obama recommended Song of Solomon in August of 2019, saying that author Toni Morrison was a “national treasure” after she passed away around the same time.

He went on to say this about her, “Toni Morrison’s prose brings us that kind of moral and emotional intensity that few writers ever attempt. From ‘Song of Solomon’ to ‘Beloved,’ Toni reaches us deeply, using a tone that is lyrical, precise, distinct, and inclusive. She believes that language ‘arcs toward the place where meaning might lie.’ The rest of us are lucky to be following along for the ride. I remember reading ‘Song of Solomon’ when I was a kid and not just trying to figure out how to write, but also how to be and how to think.”

Barack Obama has actually recommended Song of Solomon in multiple interviews. In another one, he’s quoted as saying, “I think Toni Morrison’s writings, particularly ‘Song of Solomon,’ is a book I think of when I imagine people going through hardship. That it’s not just pain, but there’s joy and glory and mystery.”

Author Toni Morrison was also a fan of Barack Obama himself. She attended his inauguration in 2009 and also called him “the man for this time.”

What is Normal People about?

Normal People ended up becoming a Hulu Original Series that started as a New York Times Bestseller by Sally Rooney, who has other best selling novels. The book follows two young people, Connell and Marianne, who grew up in a small town, but couldn’t be anymore different.

Connell is very popular and outgoing, while Marianne is a loner and an introvert. When these two strike up a conversation, it’s awkward, but life-altering.

They both go to Trinity College in Dublin, but the roles are flipped. Connell is now shy and Marianne has the social life. They stray and come back to each other over the years, going through thick and thin together.

The book, Normal People, aims to teach fascination, friendship and love in two people that can’t seem to stay apart.

Normal People won Book of the Year at the British Book Awards in May of 2019.

In the post where he recommended the book, he said, “Over the next few days, I’ll be sharing my annual list of favorites — books, films, and music — with all of you. This has become a fun little tradition for me, and I hope it is for you, too. Because while each of us has plenty that keeps us busy—work and family life, social and volunteer commitments—outlets like literature and art can enhance our day-to-day experiences. They’re the fabric that helps make up a life—the album that lifts us up after a long day, the dog-eared paperback we grab off the shelf to give to a friend, the movie that makes us think and feel in a new way, works that simply help us escape for a bit. To start, here are the books that made the last year a little brighter for me. Most of them came out in 2019, but a few were older ones that were new to me this year. I hope you enjoy them as much as I did.”

What is Men Without Women about?

The book spans over seven different stories and each follows a lonely man’s life. Each of these men have lost the woman in their lives. Men like lovesick doctors, students, ex-boyfriends, actors, bartenders, and more, all tell their stories.

All of the stories are set in Japan, and it was translated into English in 2017.

Why does Barack Obama recommend Men Without Women?

Here’s what he had to say about it, “Haruki Murakami’s Men Without Women examines what happens to characters without important women in their lives; it'll move you and confuse you and sometimes leave you with more questions than answers.” 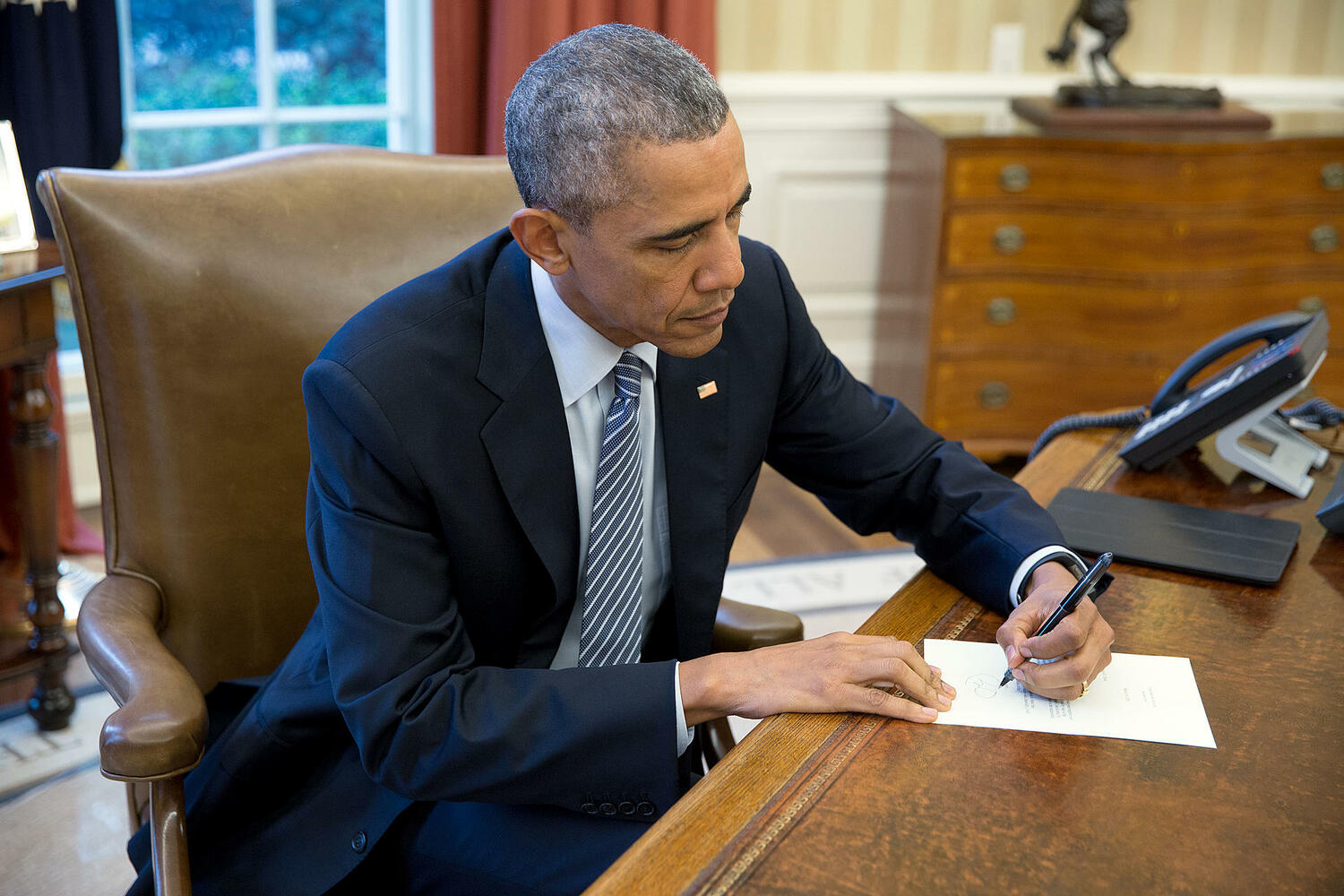 Barack Obama has written several books throughout his life, including his first, the popular Dreams Dreams From My Father, that was published in 1995.

Obama’s beautifully written new book, A Promised Land, is a memoir about his time during the presidency. Obama tells us the story of searching for his identity as a young man to when he became president.

He takes you from the Iowa caucus victory to the night he won the presidency becoming the first African American in history to do so.

Barack Obama wants to bring the reader into the Oval Office, to Moscow, Cairo, Beijing, and into his thoughts about everything from assembling his cabinet, to overcoming a global financial crisis, to Afghanistan and the death of Osama bin Laden.

Barack Obama aims to be candid and open about all of his experiences, no matter how hard, while running for and during his time as president of The United States of America.

An avid reader, former lawyer, and president of The United States, Barack Obama’s recommendations are among some of the best.

Here is a list of Barack Obama’s book recommendations and their links to them on Amazon:

A Promised Land by Barack Obama

Per the Amazon Associates Operating Agreement: As an Amazon Associate, we may earn from purchases.
Share
Find more in...
Books
Book Recommendations
Politicians
Book Suggestions
Celebrities
More From Ninth Books

Emma Watson: Most Recommended Books
6 minute read | 01.28.2021
Emma Watson is mostly known for being an actress, playing Hermoine Granger in the Harry Potter series of movies. She is an avid reader who started and operates her own book club. What books does Emma Watson recommend?
Read more

Barack Obama: Most Recommended Books
6 minute read | 01.28.2021
Barack Obama is was the 44th, and first African-American, president of the United States from 2009 until 2017. Barack Obama is regarded as one of the best American presidents in history. What books does Barack Obama recommend?
Read more

Taylor Swift: Most Recommended Books
3 minute read | 01.28.2021
Taylor Swift is a famous singer-songwriter who writes songs that center around her personal life. She's also a lover of reading and writing. What books does Taylor Swift recommend?
Read more

Kevin Durant: Most Recommended Books
3 minute read | 01.27.2021
Kevin Durant is an NBA basketball player for the Brooklyn Nets. He is one of the best players in the league, but did you also know that he is a daily reader? What books does Kevin Durant recommend?
Read more
See All Posts